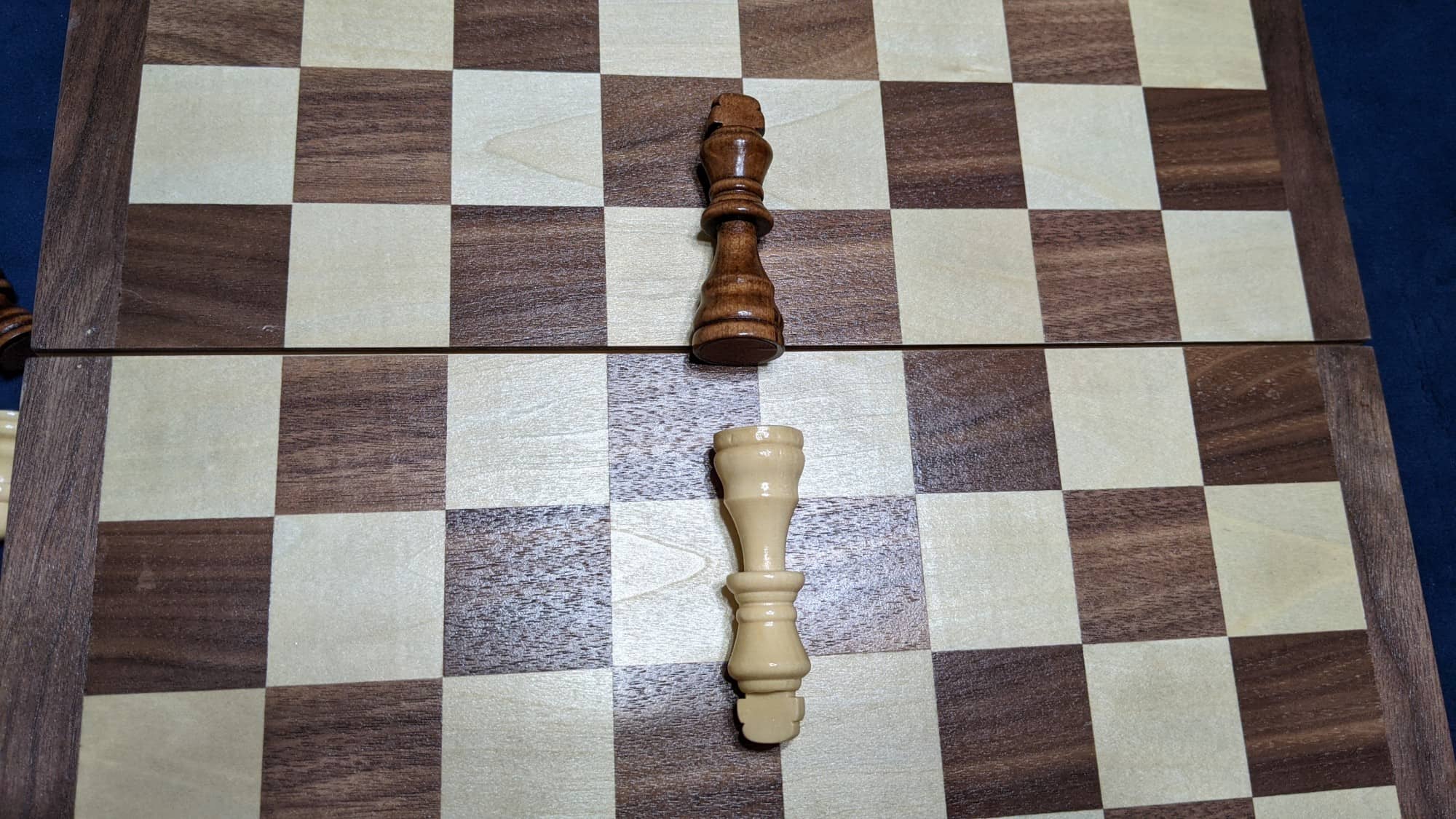 The idea that chess is a “solvable” game was odd to me the first time I heard it. While I’m far from a grandmaster, I’ve always been an avid chess player. Helped create a chess club at my high school 25 years ago that still exists to this day, and was one of the better … Read more 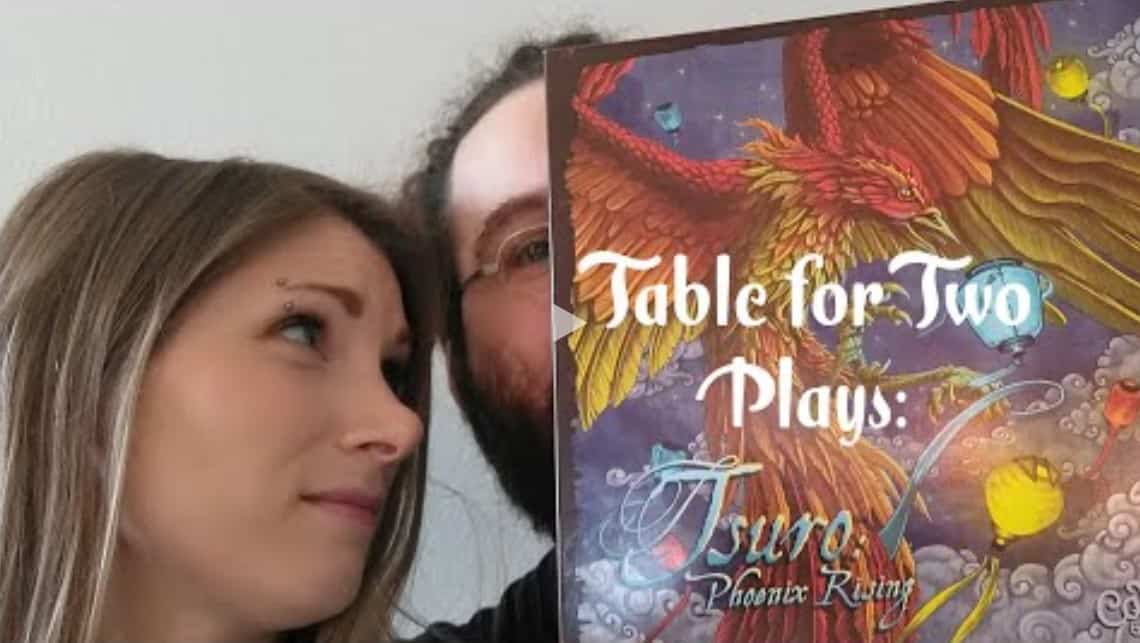 Tsuro is a game that is very simple in many ways, et the simplicity allows for some deep thought competition as you are working to create a board that is probably going to be friendly to you and not so friendly to your opponents. But if you’ve watched any of our previous playthroughs of this … Read more 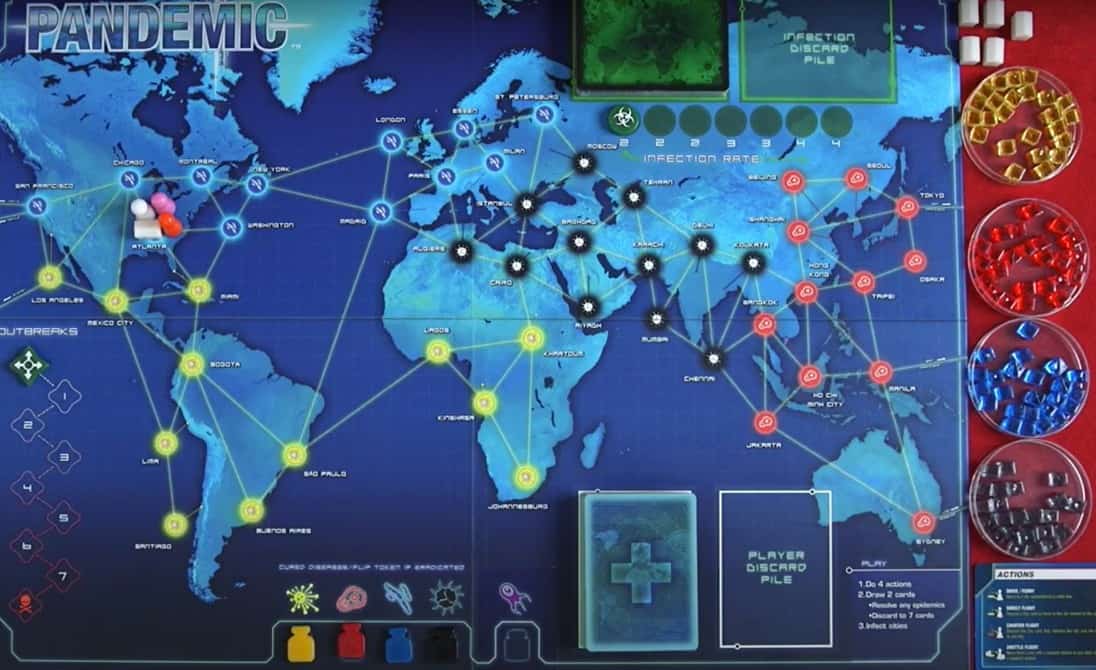 Pandemic is one of those board games that has no problem with throwing a major challenge at the group. Sometimes you can do everything right and still lose. Because this is a really, really hard game with an incredible replay value as you and your fellow players race to stop a global catastrophe. No matter … Read more 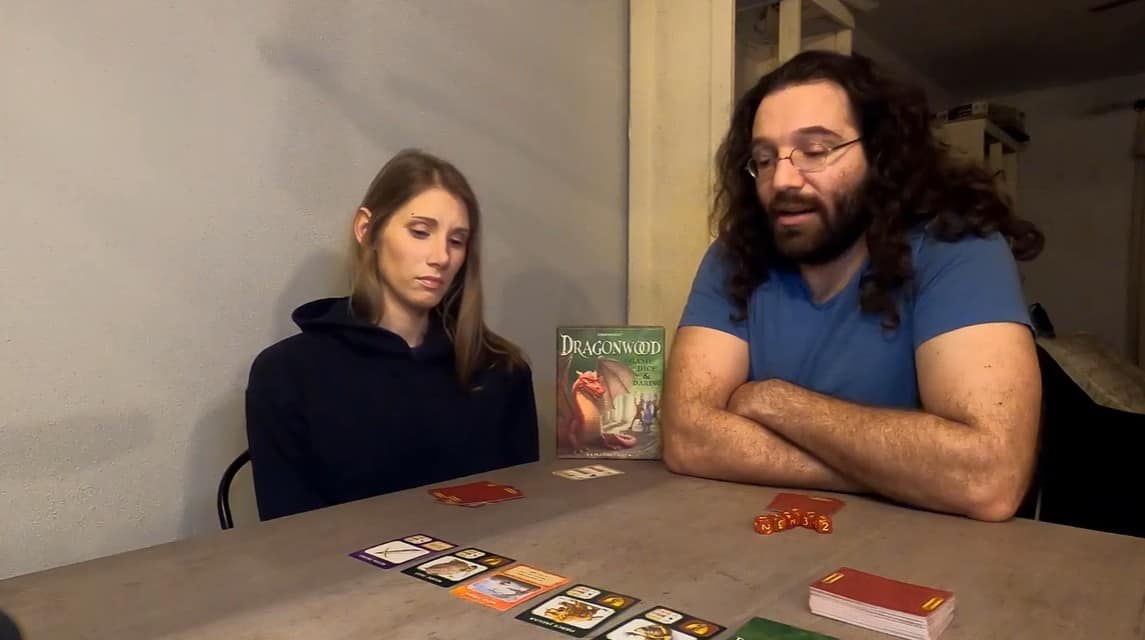 Who doesn’t like going on a dragon hunt every so often? This is the beginning of the board game Dragonwood, one that Phil found on clearance and has been laughing about how good a deal he’s gotten ever since. This is a game both Heather and Phil enjoy as they work as competing adventurers looking … Read more 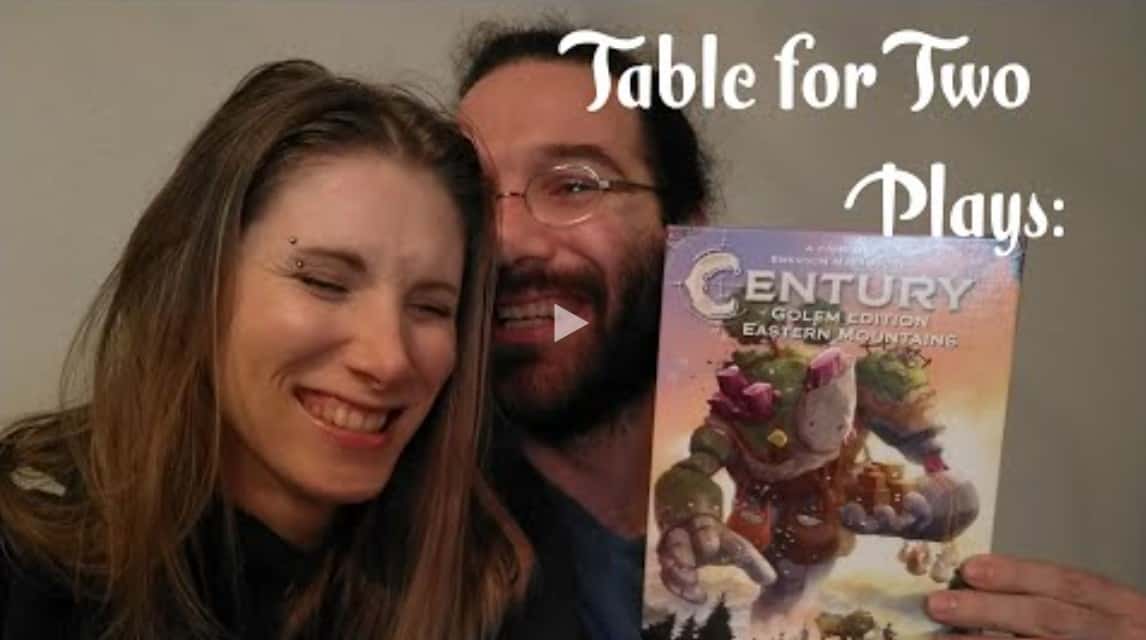 Century Golem is a game we’ve been really big fans of, and the Table for Two of Phil and Heather playing the original was one of the most successful episodes of season one. They were excited to jump into this game and it did not disappoint! So not much of an introduction here. The Century … Read more 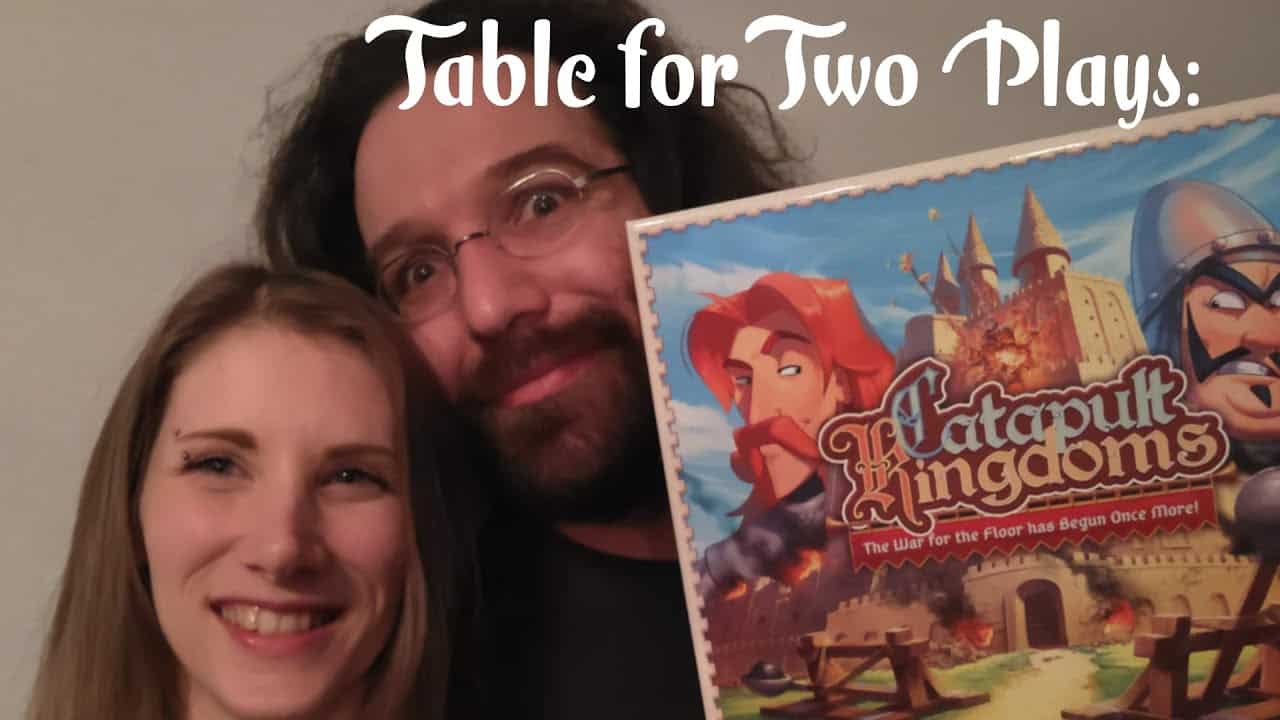 The first thing you notices is the heft of the catapult, ballista, and battering ram that come with the game. These are well made pieces that are designed to just smash the very lightweight stones and figures. Add in fish, beehives, and boulders and those small little pieces promise an enormous amount of fun and … Read more 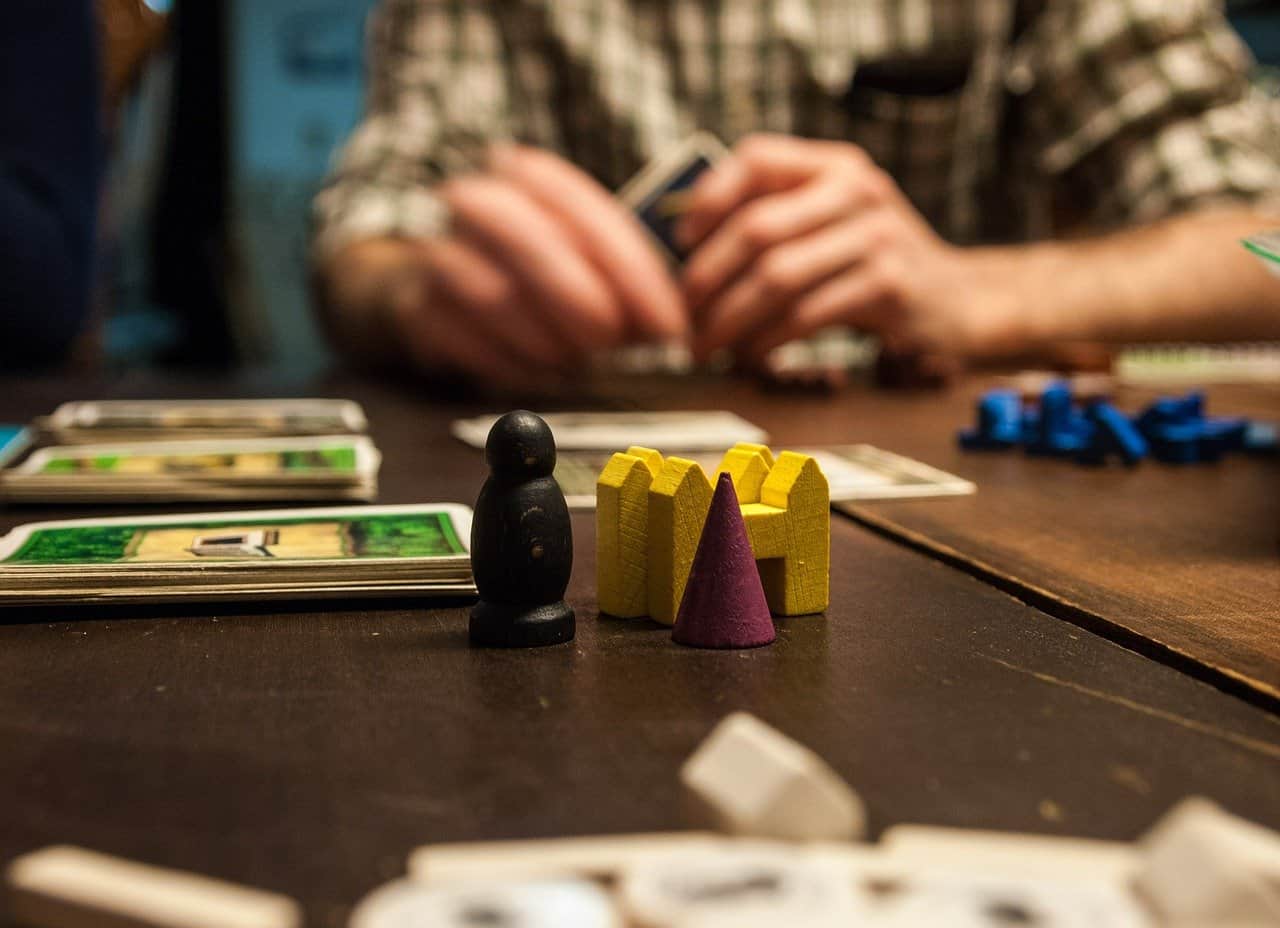 Sometimes you just want a cooperative board game where it’s you and your fellow gamers against the game, not each other. Believe me, our gaming group has been there before, and so aside from the competition we’ve been known to take a break with a good co-op game once in a while as well. As … Read more

If you’re a fan of cooperative boardgames in general, or Pandemic in particular, then chances are you were as excited as we were when it was initially announced that there would be sequels, spin-offs, and then a version that plays like a tabletop RPG campaign. That last one was especially exciting, and then the release … Read more

We are a group of friends who have made a serious effort to keep gaming a part of our lives. Whether playing amazing board games, finding weird indie/retro video games, or taking part in a new tabletop RPG campaign, we’re passionate about the awesome memories, friendships, and creativity that gaming can build. We’re glad you’re checking out our website, please feel free to look around as much as you want as we start this awesome journey.